Shooting in RAW – is it worth it? 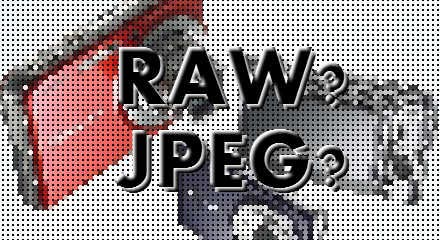 For the professional photographer, the ability to shoot in RAW has always been an essential feature of any camera.

For the amateur, keen or casual, the need to shoot RAW is something that is rarely considered when buying a camera. Or, maybe it was when the camera was bought, but has since become a seldom used setting.

What is RAW, I hear you ask?

The RAW format is a way of capturing an image on a camera's image sensor. To elaborate; when a picture is taken, usually the camera takes the image data from the image sensor, processes that data, compresses it, and produces a JPEG image file as a result.

This image processing happens in the blink of an eye and you'll never even notice it.

Now, you'll see I used the word 'usually'. If you have a compact digital camera it's almost guaranteed that the camera has processed the RAW file into a JPEG.

On the other hand, if you have a digital SLR camera, you may well have changed a few settings, and decided to capture images in RAW.

If you have, here's what's now happening … the camera's image sensor captures the data, does virtually no processing whatsoever, then writes the file to the memory card 'as is'. In effect you have RAW data, which some would consider to be a digital negative.

In order to view the image you'll then need to convert the RAW file. This isn't difficult – a lot of image editing software now reads RAW files, and, in any case, the software that came with your camera can certainly do the job.

Shooting in RAW – is it worth it?

Coming back to my original question – is it actually worth shooting in RAW?

A few years ago, I would have said an emphatic 'yes'. Certainly if you wanted the best image quality.

The thing about a RAW image is that it really is a pure image file. Unadulterated by the camera's in-built image compression software.

If I ever wanted to edit the photo I would be confident that I have the maximum amount of image data available. This means that the image would be quite robust and less prone to things like blown highlights.

But ask me the same question now and I'm not so sure.

Here's my reasoning. By shooting in RAW you know that, at some point, you're going to have to sit down and convert your images to JPEGs. You might be able to see the RAW images on your computer, but will anyone else?

So you convert them to JPEGs, a format that's virtually ubiquitous.

But something else has played on my mind more recently – social networking.

I may well be prepared to sit and convert my RAW images if I'm going to print them out. But if all I want to do is share a few photos with friends online it would be far, far quicker, and simpler to forget shooting in RAW and just shoot JPEGs in the first place.

This means no need to convert anything, just upload the pictures from my camera direct to my favourite social networking site.

And this works just fine. You take a photo, want to share it? Easy – a few taps on the screen and you've just shared your photo with all your online friends.

No sitting down at the computer needed. No conversion software to run. No time spent adjusting settings. Take photo, upload. Simple.

So, shooting in RAW? These days, it's not for me. 99% of the photos I take don't need the quality of RAW. And for the millions who share photos online every day, shooting in RAW would become a tedious inconvenience.