Three ways to use
your camera LCD screen

Your digital camera handily comes with a LCD screen.

I say handily, because back in the 'bad old days' of film photography, no-one ever thought they might be able to see the photo they'd just taken. 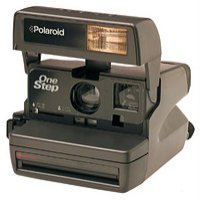 Unless they were using a Polaroid camera, and didn't mind waiting a couple of minutes for a poorly exposed photo to appear on some very special (and very expensive!) photo paper.

Digital photography changed all that, and overnight people could instantly see the photo they had just taken.

But the LCD screen does more than just show you the photo you've just taken. Here are three ways to use your camera's LCD screen.

Use the camera's LCD screen to check focus

The LCD screen is a good way to check a photo after you have taken it to ensure the picture is as you hoped.

A word of warning though, the camera screen is unlikely to show you if a photo is slightly blurry unless you zoom into the image on the screen.

Most cameras will allow you to do this and the method varies. Have a look through the manual that came with your camera to find out how.

Fortunately cameras are getting better and better at focussing, so this is less of an issue. The problem of badly focussed photos tends to increase with low light levels though, so, broad daylight photos will probably be just fine.

Twilight though? Definitely worth zooming in on the camera's LCD screen to check focus, as this is when digital cameras tend to struggle.

Use the camera's LCD screen to improve your composition

It's definitely worth using the LCD screen to check if there is something wrong with a photo.

For example, there might be something sticking out of someone's head, or maybe a large articulated lorry got captured in an otherwise beautiful country scene (it's happened to the best of us, trust me!).

But composition is more than just working out if there's a poorly placed chimney stack in your photo.

There's also composition techniques like the rule of thirds, and your camera may well come with a tool to help you.

Check the settings on your camera, and you might find a setting called 'grid overlay' (or something similar).

This is a very useful setting that lays a grid, much like a rule of thirds grid, over your image - take a look at the image on the left here to see what I mean.

Once you've activated the grid, you can easily use it as a guide to compose your photo.

Also use the screen to check the exposure

Other reasons to use the LCD screen are to check the photo is properly exposed.

To do this you can look at the histogram. In your camera settings you will be able overlay a histogram of the photo you have just taken to ensure it is properly exposed.

A histogram is like a graph showing light to dark areas of your photo. Ideally it should be like a 'bell-shaped curve'.

Which means there is some really dark parts to your photo, some really bright parts too, but most of the photo will be in the middle 'medium exposure' section.

Have a look at the graph and photo below to see what I mean:

You could of course check the exposure just by looking at the photo on the camera's LCD screen, but... Which makes it difficult to judge if the photo is properly exposed.

The histogram on the other hand will give you an indication of the correct exposure regardless of how bright the conditions are.

So there you go, three uses for your camera's LCD screen that you might not have thought of before. Make use of them, and you should be able to take even better photos!

Once you've found out how to use your camera LCD screen, return to the home page and explore the rest of the site!