Here you will find the history of digital cameras from the origins that begin in television, through to the scanner, then onto the space race, and finally back to Earth with the forerunner of today's digital cameras.


digital-photography-tips.net is updated regularly. To learn out about the updates as they happen subscribe to the digital photography blog, and this site's RSS feed.

Let there be light!

History of digital photography – the beginning:

You may be surprised to learn that the origins of digital photography lie as far back as the 1950s. Yes, it's the time of the baby boomers, the cold war and the space race!

These are events that do actually have significance in the history of digital photography. I'll come to those later, but the first significant development in comes from another boom of the era – television! 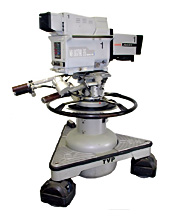 In 1952 the first video tape recorders were used to record TV programs. Before this, most television was either live, or was a broadcast movie.

With video tape an image was recorded, not as an image in itself, but as a coded signal on tape. Later the coded tape was run through a decoding machine (i.e. a video tape player) and the machine converted the coded signal back into pictures.

This is an important step in the history of digital photography. Video differed from the films that had gone before because film records an actual image, frame by frame.

The effect is the same as comparing film vs digital photography. Look at a developed film (the negative or slide) and you will see an image.

Pull a memory card out of a digital camera and there's nothing to see. The image held on the card needs to be decoded first.

History of digital photography – the scanner:

Back to the history of digital photography rather than the history of the moving image. The next significant step would be the development of image scanners.

These didn't actually take photographs, but they did copy an image already created.

In 1957 a "drum scanner" was developed by Russell Kirsch. The scanner picked up the different intensities of light and shade in a picture. It saved them as a binary, i.e. digital, signal.

NB: Photocopiers stem from the development of this technology. The first one was made by Xerox in 1959. A huge thing, slow and expensive. But remarkably popular nonetheless.

As I mentioned above, the space race has a big part to play in the history of digital photography.

It's 1957. Von Braun is in the American corner, and Sergei Korolev in the Russian corner. Both are trying to launch a satellite into space.

The Russians win that round with the launch of "Sputnik" in October 1957. The race was really on! The next challenge was to launch a man into space. We're moving into the 1960's now.

Why was the space race important to the history of digital photography? Well, very early on politicians on both sides of the cold war realized that if a satellite could be launched into space it could carry a camera. With a camera on board it could spy on the enemy.

The problem of course was this – there are no film developers in space! Taking pictures on film meant you had bring the film back to Earth somehow. And if it didn't make it back to Earth – no pictures at all!

So a new system was invented that didn't need film.

Digital cameras were the answer. They could record photographs and ‘beam' the digital signal back to Earth. The signal was then decoded and the image could be viewed. This then is clearly a big development in the history of digital photography.

Following the exploits of digital cameras in space, the concept of photography without film came back to Earth in 1973. An engineer, Steven Sasson, working for Kodak used a CCD to produce a digital image. 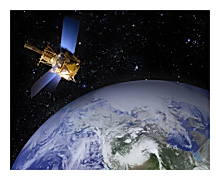 This camera weighed in at a hefty 8 pounds. And it only had 0.1 megapixels - not really designed for the consumer then!

To be fair, it was experimental rather than commercial. Importantly though it truly was a digital camera in the way we are familiar, because it recorded images onto a solid chip (CCD) rather than onto tape.

Clearly more development was needed. At this point people were beginning to realise that digital cameras may have a use back here on Earth.