the sky is burning Took a walk w/ my new A300 taking pics of everything I see and like.

Did some editing w/ Picasa. How much further can I go with Photoshop?

(For convenience, all links below open in new windows)
For the benefit of visitors who may not be familiar with image editing software; Picasa is Google’s free image editing and cataloguing software. 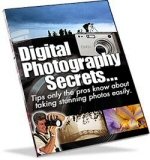 Daniel asks whether he can go further (with the editing I presume) using Photoshop, as opposed to editing already done using Picasa.

Before I get to that I’d like to comment on the picture as it stands at the moment, because image editing won’t necessarily make a great picture if the starting image was a little weak.

The sky that Daniel has captured in indeed impressive. That fiery orange really grabs attention.

I’m drawn to the framing of this photo initially. There is a little foreground interest here, which is generally a good thing, but it’s neither in nor out of the photo.

There isn’t really enough of the houses and trees at the bottom of the photo to make them a feature. If Daniel could have zoomed out a little more he could have captured more of them.

But back to the image editing. With regard to saturation, this image looks to be as saturated about as much as possible. If this is increased any further the orange will really begin to posterize (break up).

Smooth transition between tones will be lost and there will be some banding appearing.

This would be the same whether using Photoshop or Picasa.

The real difference you might get from using Photoshop is the use of layers. You could add a saturation layer, boost the saturation, and then add a layer mask to that layer.

You could then block out the ‘over-saturated’ parts of the photo, leaving the saturation layer to do its work on the rest of the photo.

Other things to try would be to add a vignette. This would really bring attention to the sky. Click to read a Photoshop tutorial to create an artistic vignette.

Hope this helps, and thanks for the submission Daniel,

Join in and write your own page! It's easy to do. How? Simply click here to return to Digital photography tutorials - submissions, September 2008.