I visited a historical place in Dubai one sunny morning and was attracted by an abandoned boat.

I intend to use a tripod on this set with my Nikon D80, but I'm moving places that's why I took maximum shots I can just to cherish the view.

I am hoping to capture the beauty of the scene while the hour is on its perfect composure for photo shoot.

I intend to share this image among people to share their comments and suggestions to improve my style in photography.

(for convenience links below open in new windows)
Ever tried to teach a child about globes?

It's a big ask. And in terms of its ability to give parents palpitations it's right up there with "where did I come from?"

I tried the other day. "Here's where we live now" as I pointed to our current location "and here's where we used to live." confidently spinning the globe and stabbing my finger as I went.

Blank. Followed by "I thought you said we were here" (small child now points back to the globe).

"Yes, we are here, and we're also here. The map is the same thing as the globe"

And so it went on. At this point I felt my explanation needed an orange so that I could peel it and flatten out the peel – in order to show that the world is indeed round, but that to turn it into a flat map we need to open it out.

If you've ever done the orange peel thing you'll notice that you get gaps when you flatten it out. But when you see a map there are no gaps. It's because the map makers distort the map.

As you move from the equator north or south the distortion gets greater. That's why Greenland (a long way north and very distorted) looks bigger that Brazil (near the equator and hardly distorted at all).

Distortion – try explaining that to a four year old!

Why all this talk of maps and globes? Because when I look at Jess's photo the thing that really stands out is the distortion.

This is unavoidable because some elements of a photo will always be further from the middle of the picture than others. A bit like countries north and south of the equator getting distorted more than those near the equator.

The further from the middle you get the more distorted the image becomes.

There are ways to combat this. If you have a zoom lens – use it. Wide angle settings will always distort more than telephoto settings.

If you are unable to do this when you take the photo you can align things up again afterwards using software.

In Photoshop (Elements or the full version) load up your photo and press "CTRL" + "T" to get the transform tool.

This surrounds your photo with boxes and handles that resemble the crop tool. Then move your cursor to one of the corner handles. It will change to a double headed arrow.

Keep the cursor on the handle and hold down the "CTRL" key. The double headed arrow will change to a dart shape. Keep the "CTRL" key held down and you will be able to wiggle your photo around.

Move it so that buildings are vertical, and press "ENTER". Then use the crop tool to crop your photo back to a rectangular/square shape. Click for a tutorial on using the crop tool.

Anyway, I had a bash myself and you can see the result below (roll your mouse over the photo to see the before and after). 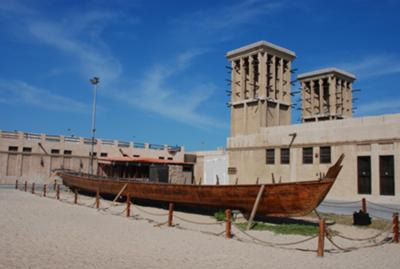 Jess's photo is nice enough and I think it provides a nice memory of the day.

I'm off to explain to a four year old why clouds don't fall down.