How to backup photos and keep them safe

Taking photos is great fun. But how do you backup photos to keep them safe?

It's an important job, but, I'll be honest, it can be a bit of a chore! 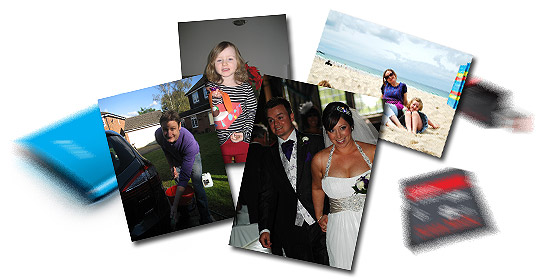 The reasons for backing up your photos are probably obvious, and yet, few people actually do one regularly.

To whizz through the main reason ... it's likely that all your photos are now digital. And that means all your memories, and those stunning photos you took on holiday last year, are all digital.

Which means that if the digital storage that they are currently on breaks, you've lost all those photos, and all those memories.

It would be a huge shame if that happened, and the real shame is that it is almost completely avoidable.

But fail they do. Think of it this way ... you know hard drives fail. What makes you think it won't be yours?

I could leap into options to backup photos at this point, but there's a simpler way of looking at it.

A really easy rule of thumb to follow is to simply make sure that, whatever photos you have, ensure they always exist in two separate locations.

And when I say separate locations, that doesn't mean one on your computer, and one copy on the hard drive attached to your computer.

If they're attached, they're not separate.

If your computer gets a virus, it could infect both drives.

By all means back up onto a separate hard drive, but then disconnect the drive when you're done.

So here's how you should backup photos:
If we're being really picky ... remember I said that your photos are only safe if they are stored on two separate devices at a time?

Well, if you have one plugged into your computer while you copy files across, it's not actually separate. To fully follow this rule you should have three devices: What you'd do is copy the photos from your computer to the first storage device. When it's done, repeat the process for the second device.

This is being picky, because the idea is that, just as you finish copying the photos to the first device, a virus strikes and wipes them both.

It's an unlikely scenario, but is possible.

So, for a belt and braces approach, make two copies of your photos.

Tips to make your backup easier

There are things you can do to simplify the process even more (because, as I write this, it's sounding more complicated than it actually is. It's easy, really, promise!).

First of all, if you can bear it, prune your photos.


If you've taken 50 photos of your daughter's birthday party, are they really all needed? I'll bet that if you cut it down to just 20 you won't miss any of the other 30 at all.

Even better, prune the photos as you transfer them to your computer. Load them up, and then spend five minutes separating the wheat from the chaff. You'll be glad you did one day!

Now you've whittled down your collection, filing ... save them in one master folder on your computer, and then in separate folders within it.

By keeping all your photos in one folder it's easy to drag and drop the whole lot when you come to backup your photos.

Consider creating a folder, somewhere within that master folder for your really cherished photos. In this folder you keep copies (copies, not the original) of your very best photos.

If you took 50 photos at your daughter's party, it's likely that only two or three will make it into the cherished folder.

The reason for this? So that you can make a copy of this folder that's stored outside your house. It could be with a neighbour, kept at work, or stored online.

The reason is that, if the absolute worst were to happen (let's say your house were to burn down, which I sincerely hope doesn't happen!), you'd lose the backups you've made.

If you have a copy of your most cherished memories stored elsewhere at least you won't have lost everything.

Online backup services are, as I've suggested, a good way of safeguarding your most precious memories.

There are pitfalls, but nothing too serious!

If you want to backup photos online, first, choose a company that's unlikely to go bust. If you choose some company that only started up last week it might be closed down next week, taking all your photos with it.

Choose a company that has a good track record. Some companies, in their terms and conditions (which you read fully before clicking "I agree" right? (as if!)), state that you allow them to use your photos if they wish. Are you happy for them to do this? The big players are generally ok though.

How much storage will you need? Usually you get a set amount for free, and then pay for more on top. But here's one pitfall - there is the potential for a company to start out offering a free service, that then becomes a paid for service in the future.

Using this sort of service for your best photos only helps alleviate internet issues. Most of the time you can log in to your online account and choose to only upload new photos from your 'cherished' folder. Once you've loaded the folder up the first time you'll only be uploading new additions from there on.

The most important advice for backing up photos?

Seriously, no matter what system you choose, just do it. Remember that part about the Spanish Inquisition? No-one thinks their hard-drive will fail. Make sure that, if your's does, you have a backup.


return from the backup photos page to digital-photography-tips.net home